The wind in animals' fur /feathers

There's no way to begin catching up. A self imposed reason to do so, and a lack of content to share (compared to only the best blog upate-er ever, of course, who no longer updates (blogspot) David Choe. By best, I mean, undescribably sort of intriguing, dirty mouthed, mostly fascinating, human, artist, hitchhiker, long posts king) make for, well I don't know what.  Great intro there. Anyway, I hear comparison is the thief of joy!

The inspiring and fascinating, Dave has a band now, since a few years ago, and I'm gonna go see them in November, during their first Phoenix show! Fab. Mangchi.

I think I add too many commas.

Today, was my second day driving a fourteen wheel truck! Most fun time I could ask for, at, what people refer to as, work. Third time behind the wheel, two sessions today.

As usual, I won't gush over the details. 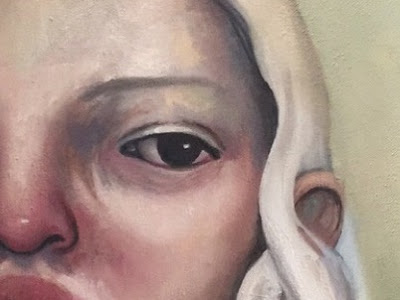 A couple months ago, maybe even a few.., I started a to me, massive painting. It measures 40 by 60 inches! One inch off from being as tall as me! It's pretty secretive so far, I have a few things to finish on it, and I'll share the finished product.

First Friday this month, last week, was really great! And with some added funds from my new day job, this month has been super great. Late bills were paid, food was bought (gas is still shut off, rent still isnt paid) and some was reinvested into the funding of business stuff, and it's all nearly gone again. Things are looking up though, after what feels like this whole year of 2016 worth of bad artwalk months.  It's, been, bad.


I have a new sleeping schedule, my life is backwards from what I used to know. Instead of late nights awake till the sun comes up, I am now awake and in work mode often before the sun is even around.


This is great and fun, and completely bizarre. I must admit, I love the..uh, stability, the schedule and, having a boss who isn't just me. Next best thing though! Father, who he himself, is self employed.


I shall be completing that painting I mentioned, asap. It's only second week right now and I think I'm getting used to the job thing.

I look forward to not depending on my art for money actually, specifically my personal art. It really all gets warped when you are broke. It's been a good fun 8 years though. I love everything of course. The worst of times, are really the best! Think of all that GROWING!! How could I not be excited, it's a fine path I'm on. As a lovely lady working at a goodwill register told me before I got my cdl permit said, can't complain! She really did brighten up my drab day, for just engaging in small plensantries with her. I had gone to Mesa that afternoon, for nostalgia's sake, to take my test, but they set the cut off time early, due to lots of test takers and being understaffed.

HAHaHa.. Whatever, man. It's been a long while since I talked to myself in blog form, whatever this is called, not that that's of any importance.


That's about all I've been up to the past few months, today I ate at the very place where I got the motivation to help my dad out, at the work thing. Sixth day at work. Soon, I'll drive all on my own, and jam to loud music! 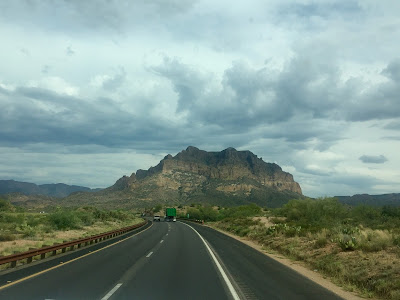 A good one, a nice heavy sigh of, it's not so bad. Life and living. The earth is nice to look at, people are plentiful with awe. And reflection of the self in one's own eyes and in others, just damn dandy. I just wanted illiterate there, no actual need for near swearing.

My phone got run over by the mail man vehicle today! It was exciting, at first I thought I left my, gifted-to-me, iphone in the truck. Got a phone app, to call my dad, and realized along with Aldo, that it just fell out with me as I hopped outta that truck. It survived (protective by the probably expensive glass over-the-glass that saved it, I'm 99% sure the screen is not actually cracked)! A quick inspection of the tire tracks and it's placement revealed, it was not in fact the fourteen wheeler, that ran over my phone, but just the mail delivery vehicle.

If you've seen my instagram and sc or whatever, you might have seen glimpses of my recent days of being out working. No worries. Sure, my paintings haven't been selling, or I haven't been making them easily available, or a combination of the two, but I am still painting. Like, till I die. If only for my eyes, or for whoever. They'll be made.

I just need to get it together. My room and living room/studio are a mess. All that's holding me together is this job. That's probably not true. But, fuck gosh, I've procrastinated a lot. I haven't cleaned out my woredrobe in like a decade, until last month. All I've worn is hand-me downs from my little sister. And things my dear momma finds for at garage sales :). Some cool finds and all,  but, hahhaha, damn.

I recently found out, I don't get sarcasm. Like, I do now, a little, mostly. So, apparently it's been confusing or amusing, and I wasn't even entirely aware, but hey, I can be sarcastic, that entire last sentence that is not finished being typed rn is that. Or not. I don't know.

Watching the east side of the sunset. Blue skies today, finally, behind those clouds. I think yesterday's sunset almost made me cry, why is it so pretty, and why can't I just look at it, pullover  and look at it, paint it, right there, real quick. But driving with the top down of my, gifted-to-me (1992), car and wind in my face wasn't so bad either.

I can't paint enough, I also want to look with my eyes, and remember the feeling of every now.

This post is too much. It's too much. You are too much. No one reads blogs anymore.
I've been forcing my life to speed up, only to learn that you can't control anything. And really, I just want it to slow down, way down.

I see these last ten years of painting, as practice. Solid good practice. I feel like I suck every time I begin painting. By the end of it, I'm like ...well, I don't know what I think, I have to finish one to let you know.

Email ThisBlogThis!Share to TwitterShare to FacebookShare to Pinterest
Labels: mind-talk